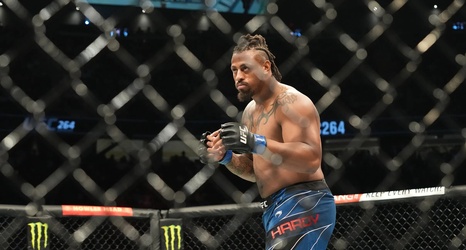 After going 2-1 in 2020, controversial UFC heavyweight fighter Greg Hardy is now looking at a two-fight skid. “The Prince of War” (7-4, 1 NC) will now try to erase that when he faces decorated veteran Aleksei Oleinik at UFC 270. Close sources confirmed the matchup to MMA Junkie, which reported the news on Monday.

Hardy, 33, snapped his two-fight win streak last December with a second-round TKO loss to Marcin Tybura. He suffered a similar fate at UFC 264 in July when he was knocked out by Tai Tuivasa in the first round.