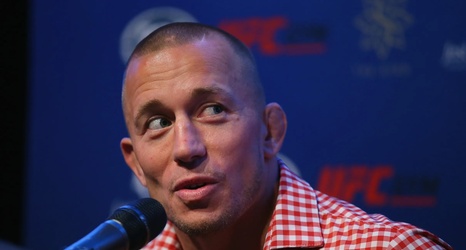 In another universe less infested by the Paul brothers, maybe we’re still talking about Anderson Silva, one of MMA’s Mount Rushmore figures, walking into the sport of boxing, and very easily beating a former WBC middleweight champion just a couple of months ago.

At least another member of MMA’s Mount Rushmore did not forget: Georges St-Pierre. He went on the MMA Hour with Ariel Helwani to talk about a lot of things, including what he considered to be a monumental inspiration.

“To me, the way he beat [Julio] César Chávez, it was incredible.