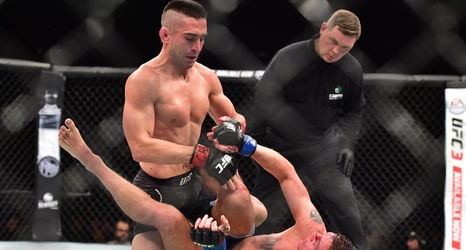 And now, his watch has ended. That’s the official word from Ricardo Lamas, former UFC title contender and longtime top-flight featherweight. Lamas recently bested Bill Algeo on the undercard on his way to a hard fought decision victory. After the fight, he hinted that retirement may be coming. A few days remove from his latest win appear only to have strengthened his resolve.

According to the longtime MMA Masters talent, he’s been flirting with this idea for awhile.

“Since my fight with Jason Knight, which was a few years back, I’ve kind of been contemplating,” Lamas told MMA media members immediately following his win on August 29th (transcript via MMA Fighting).