Fightweets: Should the UFC go straight to Daniel Cormier vs. Jon Jones 3? 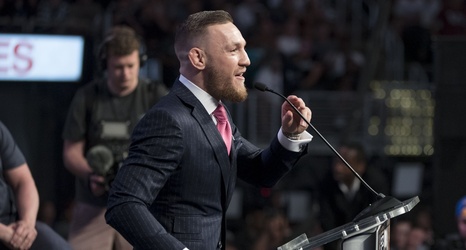 Another week in the MMA circus saw us continue the march toward next week’s Khabib Nurmagomedov vs. Conor McGregor showdown, but not before we get tonight’s great-on-paper Bellator 206.

Is that all? No, actually, we skipped something: The renewed escalations of social media hostilities between perennial rivals Daniel Cormier and Jon Jones. So let’s start with that as we get into a brand-new edition of Fightweets.

Should the UFC book DC-Jones 3?

@JP_Cook: Is DC going to able to get in two fights by March?