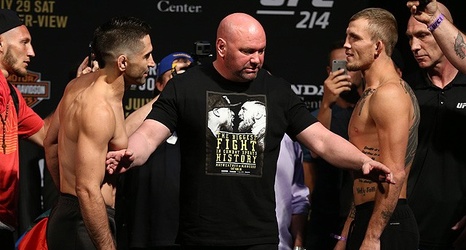 Ricardo Lamas was contemplating the end of his career following his victory against Bill Algeo at UFC Fight Night 175, and now that decision is official.

The 38-year-old Chicago native official announced his retirement to MMA Junkie Radio on Monday. Lamas revealed that he finalized his decision as a tribute to his late brother, who died on Aug. 28, 2009 – nearly 11 years to the day of his last bout.

Lamas told MMAFighting.com that he’d been considering calling it a career as far back as 2017 following a first-round TKO of Jason Knight at UFC 214.