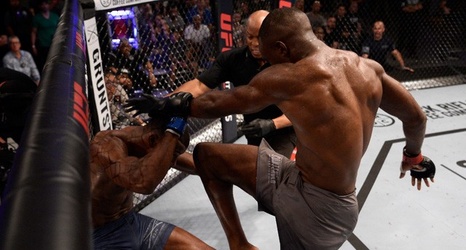 The Nevada State Athletic Commission has suspended Bevon Lewis six months for a positive marijuana test stemming from his Nov. 7 bout at UFC on ESPN 17.

Lewis, who was also fined $1,200, will be eligible to return to action on May 7 pending payment of his fine and $145.36 in legal fees. Lewis’ sanction was determined at a monthly NSAC meeting on Wednesday.