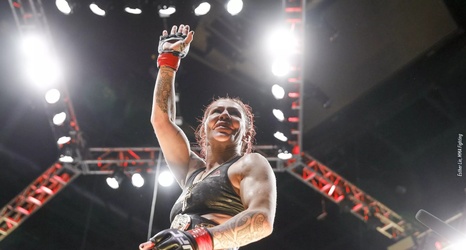 Eduardo Dantas called Bellator home for almost a decade, winning the bantamweight championship twice and defending it multiple times. Back to the winning column this past weekend in Brazil after parting ways with the California-based company, “Dudu” now eyes the UFC octagon.

Dantas made quick work of short-notice replacement Michel Costa in the main event of Shooto Brasil 108 in Rio de Janeiro on July 24, tapping his opponent with an arm-triangle choke in the opening round to improve to 22-7 in the sport.

Dantas admits he “stopped believing a bit” on himself after losing the Bellator gold to Darrion Caldwell in 2017, but he felt confident again going into a fight he had everything to lose and not much to gain.