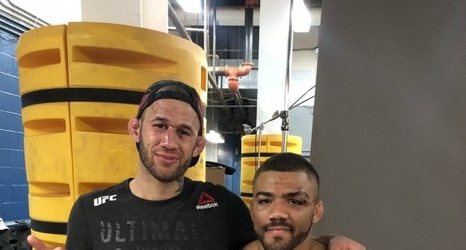 Eric Spicely’s bank account was hurting heading into UFC Greenville. After putting on an entertaining performance in a loss to Deron Winn, “Zebrinha” has a little more financial breathing room.

Spicely received a $50,000 “Performance of the Night” award at the conclusion of Saturday’s card at Bon Secours Wellness Arena in Greenville, S.C. While Winn captured a unanimous verdict in his Octagon debut, Spicely was a willing dance partner as the contest featured numerous spirited standup exchanges.

Spicely accepted the middleweight bout on short notice – and apparently for good reason.