Eduardo Garagorri sees Darren Elkins ‘under a lot of pressure’ after 0-4 skid: ‘He can’t lose anymore’ 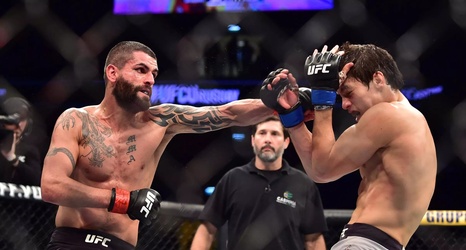 Eduardo Garagorri was forced to adapt his game plan when COVID-19 knocked him out of a fight with Mirsad Bektic to face Darren Elkins two months later. In the end, however, the Uruguayan featherweight believes it was for the better.

Garagorri never actually had the novel coronavirus, but was removed from the Sept. 19 event when one of his cornermen came back positive. With more time to prepare for the new opponent at UFC Vegas 13, which goes down Saturday night, Garagorri sees Elkins as a better foe “because he goes in there for a brawl, he’s brave, so it’s going to be a prettier fight to watch.