Dominick Reyes releases statement following UFC Vegas 25 loss: ‘I love this game and at times it does not love me back’ 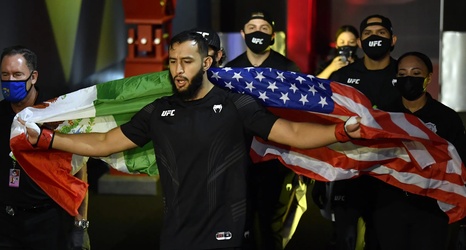 Dominick Reyes isn’t letting a third straight defeat get him down.

“The Dominator” appears to be in good spirits following a second-round TKO loss to Jiri Prochazka in the main event of UFC Vegas 25 this past Saturday. Coming off of back-to-back light heavyweight title losses, Reyes had his moments against Prochazka, but was out-struck throughout the contest and eventually finished with a highlight-reel spinning back elbow.

In addition to earning an extra $50,000 for being one half of the Fight of the Night, Reyes sounds like he has other reasons to feel positive about his performance according to an Instagram post published Monday.