Dominick Cruz: Henry Cejudo can’t declare himself the GOAT unless he beats me 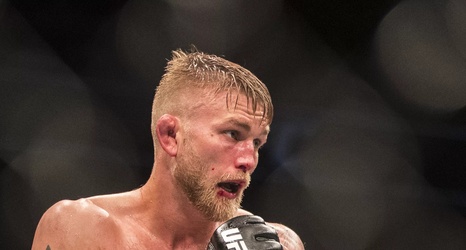 After his win over Marlon Moraes at UFC 238 in June, Henry Cejudo declared himself as the “greatest combat athlete of all time.” That win marked his second UFC title while also held the flyweight title at the time.

Watching it all unfold from the sidelines was former 135-pound champion Dominick Cruz, who has been shelved due to injury for the last three years. Now that he is readying himself for a return, “The Dominator” also disputed Cejudo’s self-proclamation.