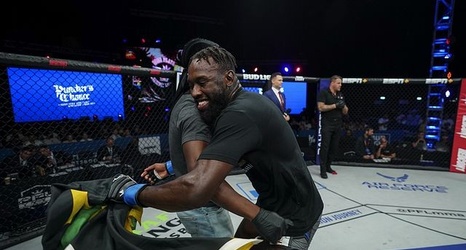 Dilano Taylor made the most of his short-notice opportunity in the Professional Fighters League playoffs.

With two days to go until last Saturday's PFL 8 card in Cardiff, Wales, the organization announced that Taylor would replace Magomed Umalatov in the semifinals of the welterweight tournament. Despite being called up at the last minute and facing the favored Rory MacDonald, the Jamaican surprised “The Red King” with a first-round knockout.

Taylor told Sherdog.com that he was hoping to get a chance to fill in as a substitute while also helping prepare teammate Jason Jackson for his triumph over Douglas Lima at Bellator 283 on July 27.