Diego Sanchez opens up on gripes with JacksonWink: They didn’t ‘appreciate’ or ‘value’ me 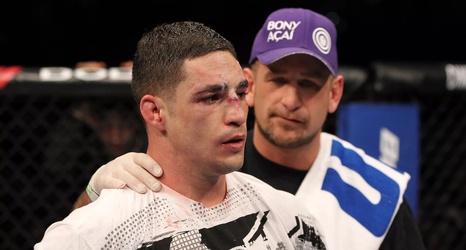 In 2019, TUF 1 alum Diego Sanchez decided to part ways with his long-time team at the famed Jackson-Winkeljohn Academy in Albuquerque. The split happened right before his UFC 239 fight against Michael Chiesa in July of that year.

At the time, Sanchez’s reason for leaving was the lack of growth he felt he was experiencing at the gym. In a recent interview with MMA Fighting, the 38-year-old fighter also said he was undervalued by his mentors.

“It’s ridiculous that you think that I poured thousands and thousands of dollars into that gym,” Sanchez said.