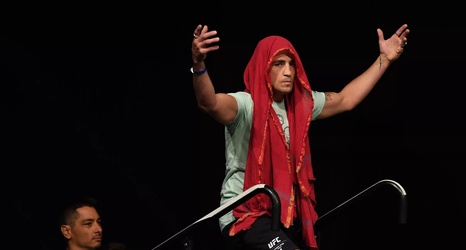 Diego Sanchez’s coach doesn’t deny his methods are unusual. But he challenges anyone who says they’re not effective, and he believes he’s unfairly being targeted because of them.

”They all want to see what they expect to see, and they can’t understand what they don’t know how to see,” Fabia told MMA Fighting. “And because they’re acting like real Americans, setting the example of what Americans do, something new and you don’t recognize and you don’t like it, you just attack it.”

The coach on Thursday responded to a pair of reports detailing unorthodox behavior backstage at UFC 239 and in training for Sanchez’s fight at UFC Rio Rancho, detailing what he said that was important context that had been left out of the picture.