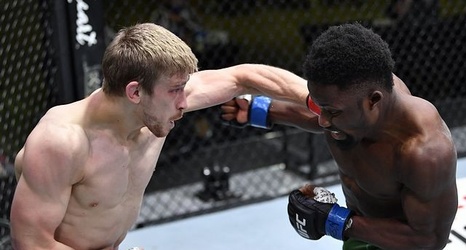 Arnold Allen might be the most underrated talent in the Ultimate Fighting Championship’s featherweight division.

“Two prospects trying to break through is always going to be a tough fight,” Allen said. “It’s not like when you get a young prospect fighting an old veteran. Sometimes the prospect blows away the veteran and stakes his claim.