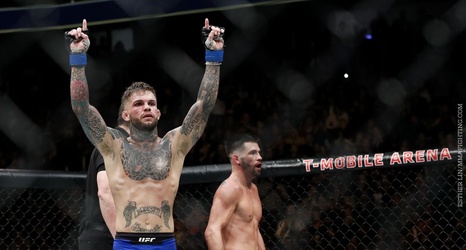 Daniel Pineda may or may not be competing in the featherweight finals for the PFL on Dec. 31.

Weeks after it was first reported that Pineda had a drug test flagged by the Nevada State Athletic Commission, the PFL has announced that they have designated alternates eligible to serve as replacements in case any of the finalists are unable to compete.

According to the PFL, Pineda will go before the Nevada State Athletic Commission on Dec. 18 to appeal an “irregular test result” from his playoff fights in October.

“The PFL believes all athletes deserve due process and will, within reason, provide the fighters who earned their way into the finals every opportunity to compete on New Year’s Eve,” PFL CEO Peter Murray said in a statement on Wednesday.