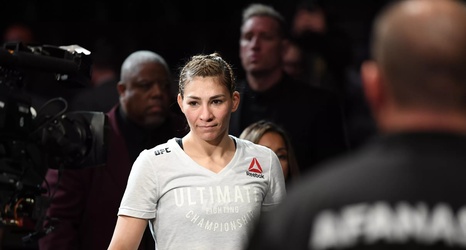 On the upcoming UFC on ESPN+ 37 card, a pair of fights between Holly Holm and Irene Aldana and Germaine de Randamie and Julianna Peña are expected to take place. Seeing as though all of these women are currently ranked inside of the top ten of the division, it could very well mean that one of them could be the next No. 1 contender for the reigning champion.

UFC president Dana White suggested this as he spoke to media (video via MMA Junkie) following the most recent episode of Dana White’s Contender Series.