Dana White on GSP’s retirement: He’s one of the greatest of all-time, ‘put Canada on the MMA map’ 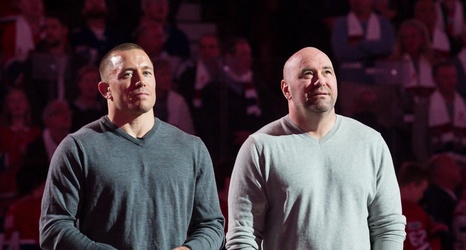 The former welterweight and middleweight champion announced his retirement at Thursday’s press conference in his hometown of Quebec, Canada, stating that he’s ‘very happy’ to walk away from the sport at this late stage of his career.

“There’s no tears. I’m very happy to do it,” St-Pierre said earlier today. “It was a long process in my mind, but it’s time to do it. I always said I want to retire on my own, and not to be told to retire. It takes discipline to retire on top.”

UFC president Dana White was also present for the media conference, and the head promoter had nothing but praise for St-Pierre.