Dana White: Kamaru Usman ‘On His Way to Being Greatest of All Time’ 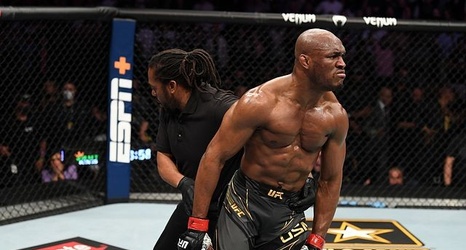 It took a few years to get there, but Kamaru Usman is receiving his due recognition from Dana White.

The UFC president praised Usman following the welterweight champion’s latest triumph, a second-round knockout of Jorge Masvidal in the UFC 261 main event at Vystar Veteran’s Memorial Arena in Jacksonville, Florida on Saturday night. It was Usman’s 14th consecutive win within the Las Vegas-based promotion, a streak that puts him ahead of such stars as Georges St. Pierre, Jon Jones, Khabib Nurmagomedov and Demetrious Johnson. Only former middleweight king Anderson Silva (16) has a longer winning streak in UFC history.