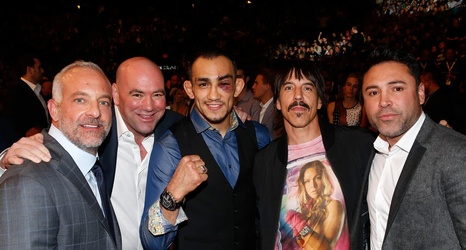 Prizefighting promoters Dana White and Oscar De La Hoya have always been upfront about their feelings toward each other. And over the years, the tension between the two has been on a steady rise, to say the least.

But in June, “The Golden Boy” took things to the exact opposite direction by offering to bury the hatchet and even do some work together some time in the future.