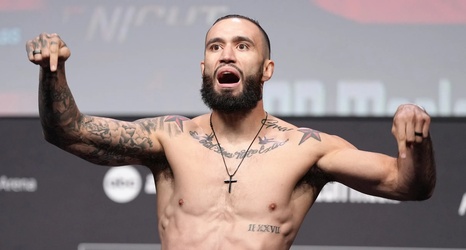 A few weeks after his UFC Long Island win, featherweight contender Shane Burgos was open to negotiating with the organization. He was already down to the last fight on his contract, and he was hoping to re-sign with a more favorable deal.

But on Monday, “Hurricane” Shane announced his departure from the company and his subsequent signing with PFL. While admitting it was not an easy decision to make, the 31-year-old felt it was an offer he couldn’t refuse.

“It was a bigger difference [this time]. It was a six-figure difference back then—what I was going to get paid from the PFL—and I turned that down to stay with the UFC,” Burgos said, revealing a 2019 offer from PFL.