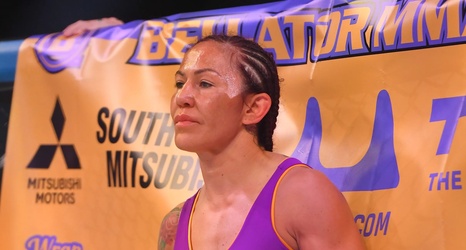 Cristiane Justino is riding high as the Bellator featherweight champ, but that doesn’t mean she isn’t still looking for other ways to test herself in combat sports. While that has, at times, included talk of a potential move to the boxing ring, at the moment ‘Cyborg’ is looking to take part in some high level submission grappling. Unfortunately for her, however, the shadow that the UFC casts still looms large to limit her aspirations.

In a recent interview with James Lynch, Cyborg talked about a potential Submission Underground grappling match against another former UFC champion, Miesha Tate. A match that apparently fell apart after interference from UFC president Dana White.