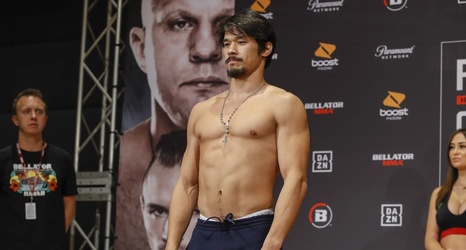 Bellator’s second event of 2021 has added a lightweight bout.

Multiple people with knowledge of the promotion’s plans confirmed to MMA Fighting that a matchup between Goiti Yamauchi and Dan Moret is the latest addition to Bellator 256. The event takes place April 9 at Mohegan Sun Arena in Uncasville, Conn. and will air on Showtime. MMA Junkie first reported the booking.

Moret makes his promotional debut after signing a multi-fight deal with Bellator, a promotional official confirmed to MMA Fighting. “The Hitman” went winless in a three-fight stint in the UFC, dropping decisions to Alex White and Jared Gordon along with a second-round TKO loss to Gilbert Burns.