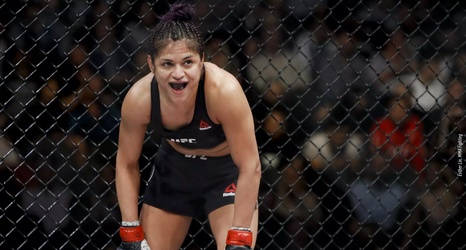 The UFC Fight Night is set to take place at the Golden1 Center in Sacramento, Calif., and air live on ESPN+.

Souza (13-1) has won four in a row since losing the Invicta FC belt to Angela Hill in 2016, including a first-round finish over Alex Chambers in her UFC debut last September and a decision against eight-pound overweight Sarah Frota in February.