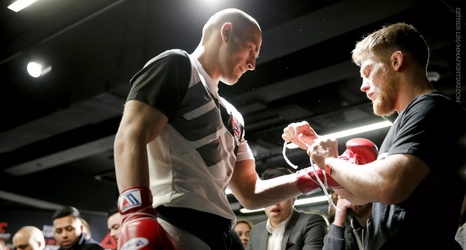 When it comes to Paige VanZant’s recent callout of virtually every fighter competing at strawweight or flyweight in the UFC minus one particular opponent, Cynthia Calvillo didn’t pay it much mind.

With a fight against Marina Rodriguez slotted as the co-main event at this weekend’s UFC on ESPN 7 card from Washington D.C., Calvillo has bigger concerns than VanZant throwing shade at flyweight prospect Maycee Barber after they’ve engaged in a very public war of words in recent months.

Still, Calvillo couldn’t completely ignore the callout considering she was tagged on the post so she offered VanZant a reply and the response—or lack thereof—told her everything she needed to know.