Cyborg says leaving UFC is the ‘best thing’ she did for her career: ‘I have my principles’ 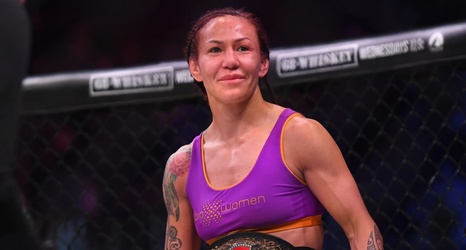 The current Bellator featherweight champion could not be any happier where she is. Following a three-year stint in the UFC, during which she picked up six wins in seven outings, Cris Cyborg did not enjoy her time in the world’s biggest promotion and is glad to not work for Dana White any longer.

In an interview with Ag Fight, Cyborg explained why she did not like working with the UFC as opposed to Bellator. The way Cristiane explains it, the former promotion just does not show the level of respect or appreciation she believes fighters deserve, while her new home and president do.