Curtis Blaydes wants heavyweight title shot next, not a fight with Jon Jones 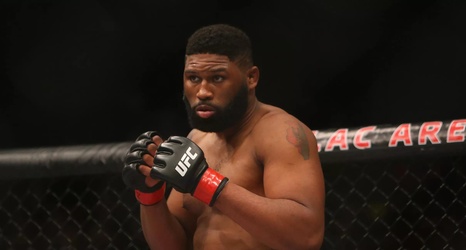 Curtis Blaydes has his sights set on a shot at the UFC heavyweight title next, not a bout welcoming Jon Jones to the weight class.

The accomplished wrestler Blaydes (14-2, 1NC) has won his last four UFC fights and is ranked #2 in the heavyweight division. “Razor” has wins over Junior Dos Santos and Alexander Volkov in 2020 and feels he has earned a shot at champion Stipe Miocic.

Talking recently to TSN, Blaydes explained why he wouldn’t fight Jones for the money he can make fighting a “bum” instead.

“I’m not doing that.