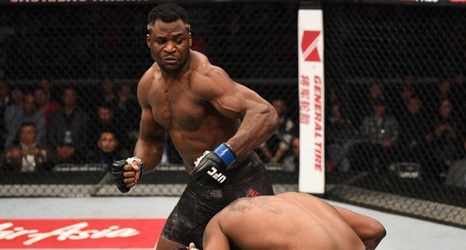 Curtis Blaydes entered UFC Fight Night 141 with plenty of momentum, and a victory would have placed him squarely among the top contenders in the heavyweight division.

Instead the 27-year-old Elevation Fight Team representative saw a six-fight unbeaten streak come to an end in Beijing, as he fell to Francis Ngannou via technical knockout 45 seconds into the opening stanza in Saturday’s headliner at Cadillac Arena.

Ngannou floored Blaydes with a massive overhand right during an initial exchange and sealed the victory with a series of follow-up punches as his opponent unsuccessfully struggled to regain his bearings.