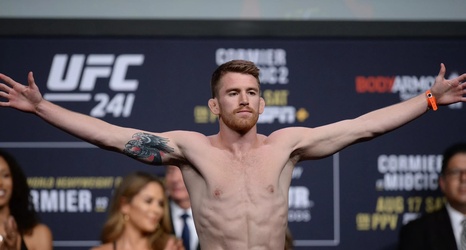 Former lightweight champion Frankie Edgar was supposed to make his bantamweight debut at UFC Raleigh on January 25th against Cory Sandhagen. Those plans are now scrapped after “The Answer” decided to step in as a last-minute replacement to face “The Korean Zombie” Chan Sung Jung at UFC Busan.

Now left without the opponent, the number three-ranked Sandhagen expressed his dissatisfaction through a written statement he sent ESPN’s Ariel Helwani.

Asked @cors_life how he felt about potentially losing the @FrankieEdgar fight next month. In short, he isn’t happy. Here’s what he said: pic.