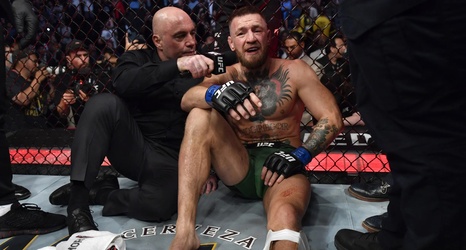 Three weeks ago Artem Lobov saw his long time friend and training partner Conor McGregor suffer a gruesome injury in the main event of UFC 264. During that fight, versus Dustin Poirier, the Irishman broke his tibia, which lead to a TKO loss.

In the lead-up to the fight, as well as immediately afterwards, McGregor resorted to death threats and accusations directed at Poirier’s wife, going as far as to claim that the Poiriers would be murdered in their sleep.

During his post-fight interview with Joe Rogan, McGregor claimed he was winning the fight prior to the injury.