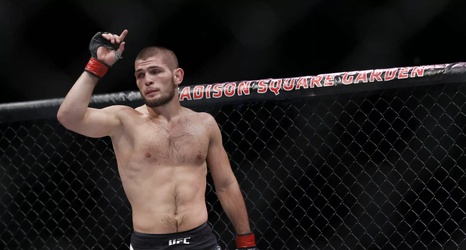 Conor McGregor doesn’t believe Khabib Nurmagomedov is in any position to disrespect Jose Aldo following the UFC legend’s shutout win over Pedro Munhoz at UFC 265 this past month.

Aldo has received universal praise for his performance, but Khabib wasn’t too impressed. The former UFC lightweight king shot down the idea that ‘Scarface’ is ‘peaking again’ as an athlete, claiming the latter has only looked good against middling to low-level competition.

McGregor, who beat Aldo via 13-second KO but lost to Khabib via submission, blasted the latter for his comments, imploring ‘the little fool of a thing’ to keep his comments to himself in the future.