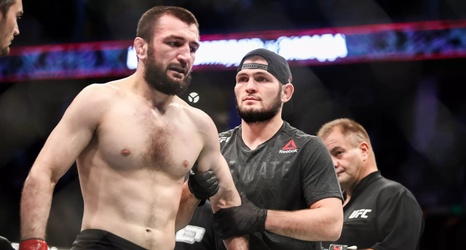 Conor McGregor couldn’t beat Khabib Nurmagomedov, but he didn’t miss an opportunity to gloat when the UFC lightweight champion’s family took a loss in the Octagon.

Welterweight Abubakar Nurmagomedov, Khabib’s cousin, was unsuccessful in his UFC debut on Saturday, losing via first-round submission to David Zawada on the preliminary portion of UFC Moscow.

Shortly after Nurmagomedov’s loss, McGregor tweeted and deleted a series of insults mocking Abubakar and Khabib, who was in Abubakar’s corner:

McGregor and Khabib Nurmagomedov fought in the main event of UFC 229 last October.