Conor McGregor has challenged Donald Cerrone to a stand-up war at UFC 246. 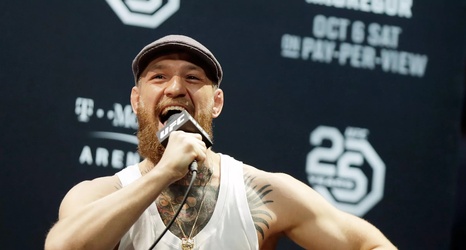 Conor McGregor has issued a challenge to Donald Cerrone ahead of their headlining welterweight bout at UFC 246 next week: Keep the fight standing or risk being called a ‘b-tch’.

McGregor, who will look to spring back into the winners column following his submission defeat to Khabib Nurmagomedov at UFC 229, directed the following message to ‘Cowboy’ on social media.

“First one to shoot’s a cowb-tch,” McGregor posted on Instagram.

Many are expecting a stand-up bout between McGregor and Cerrone at UFC 246 but, given McGregor’s exceptional boxing ability and sniper left hand, Cowboy’s best path to victory could be to drag the fight to the ground and work his Brazilian Jiu Jitsu.