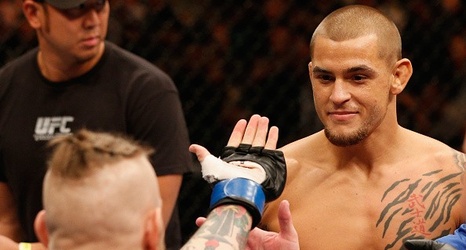 We’ve all been paying attention to the drama with Dana White, Conor McGregor, and a potential match for the Irishman. Conor posted some DMs, Dana said he broke “bro-code” and then Conor offered Dustin Poirier a fight outside of the UFC. Seems all’s well that ends well, as Conor McGregor has allegedly agreed to meet Dustin Poirier in the UFC Octagon.

It seems the only fly in the ointment at this point is when the fight will take place. According to ESPN’s Ariel Helwani, the UFC offered the bout for early 2021, but Conor instead wants to fight in November or December of this year.