Cody Garbrandt vs. Rob Font set to headline UFC event on May 22 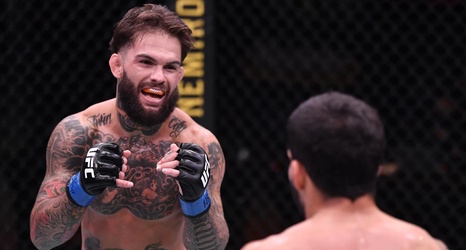 A bantamweight fight between Cody Garbrandt and Rob Font will serve as the headliner of a UFC Fight Night card on May 22. Per an initial report from Brett Okamoto of ESPN, the fight is in the process of being finalized with contracts expected to be signed soon by both men.

Garbrandt returns to the Octagon following his buzzer-beater knockout over Raphael Assuncao at UFC 250 in June 2020. The win over Assuncao snapped a three-fight losing streak for Garbrandt, who previously lost to former champion T.J. Dillashaw twice and Pedro Munhoz respectively.

Garbrandt was then expected to drop down from bantamweight to flyweight to meet current champion Deiveson Figueiredo at UFC 255, but was forced to withdraw from the fight because of a torn bicep.