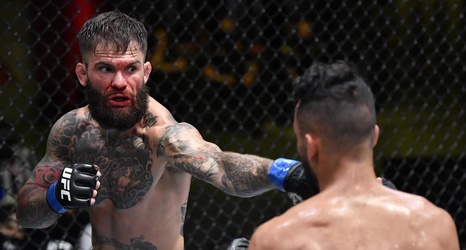 Cody Garbrandt has a message for his fans after taking his fourth loss in his past five fights.

The former bantamweight champion lost a unanimous decision to Rob Font in the main event of UFC Vegas 27 on Saturday, going the distance but being soundly out-struck by his fellow contender. It was the first loss for Garbrandt on the scorecards.

Garbrandt, who saw his record fall to 12-4 with the loss, took to social media on Sunday to speak directly to his fans. In the clip below (uploaded to YouTube by Current MMA), Garbrandt appears to nearly be in tears as he delivers his message: