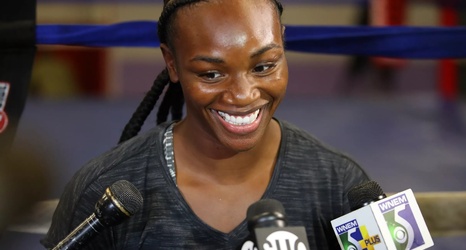 Olympic gold medalist and current women’s boxing world champion Claressa Shields (9-0, 2 KOs) was supposed to contest for the WBO junior middleweight title on Saturday night in her hometown of Flint, Michigan, but that is no longer the case.

Shields’ Showtime main event vs. Croatia’s Ivana Habazin (20-3, 7 KOs) is now off after an incident at the weigh-ins that saw Habazin’s trainer Bashir Ali knocked out from an alleged sucker punch, which occurred after Ali was seen getting into an argument with members of Shields’ team. There was plenty of local media in attendance to capture seemingly everything but the actual punch.