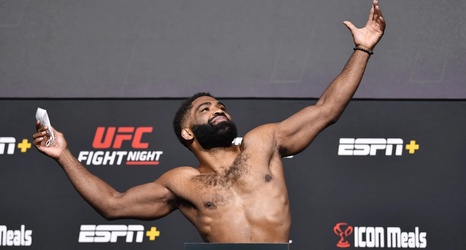 A pair of surging middleweight finishers have been added to UFC 273.

Chris Curtis and Dricus Du Plessis are set to meet at the upcoming pay-per-view event scheduled for April 9. Mike Heck of MMA Fighting was the first to report the news.

Known for his extended run in various promotions, Curtis made his long-awaited UFC debut at UFC 268, where he announced his arrival with an emphatic first-round knockout of Phil Hawes. The ‘Action Man’ wasted no time and returned to the Octagon less than a month later and earned yet another knockout, this time over Brendan Allen at UFC Vegas 44.