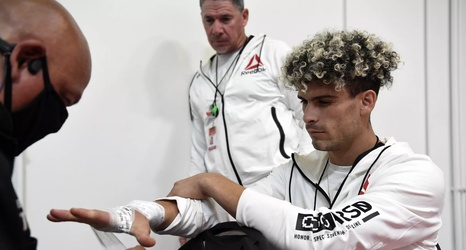 The octagon debut of Charlie Ontiveros has added another unfortunate chapter.

On Tuesday, the Nevada Athletic Commission suspended Ontiveros six months and fined him $2,245.36 after failing a drug test. The positive test stems from his Oct. 31 first-round TKO loss to Kevin Holland at UFC Vegas 12 on Oct. 31.

Ontiveros replaced Makhmud Muradov on less than a week’s notice and stepped up a weight class for his opportunity to compete inside the octagon. After a fast paced start, Holland grabbed Ontiveros and ferociously slammed him to the canvas, which caused the 29-year-old to suffer a neck injury.