BYB Extreme Sues Triller Over Use of Triangular Ring Design 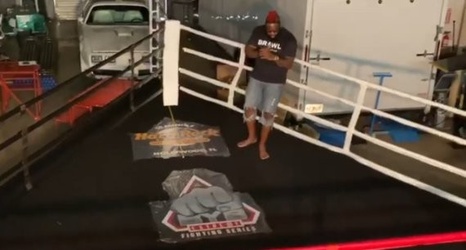 A week before its first “Triad Combat” show, Triller Fight Club is facing a challenge in court based on the allegedly stolen design of its three-sided ring.

On Thursday, BYB Extreme Fighting Series, helmed in part by Dhafir Harris – also known as Dada 5000 – sent out a release announcing that it had filed a lawsuit against Triller, Triller Fight Club, Fite.TV and the owner of Triller, Ryan Kavanaugh. The claim, which was filed on Thursday in federal court in Florida, is that Triller, by using a three-sided ring design to stage its new series of fights under the “Triad Combat” banner, infringed on the intellectual property rights held by BYB.