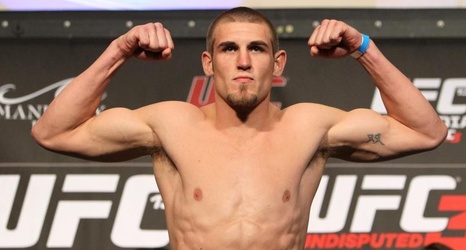 The biggest redemption story in DWCS history comes to the fight world next week.

At the height of the Nick Diaz era, the end of Kenny Florian’s career and before the first meeting of Junior Dos Santos vs Cain Velasquez, Dustin Jacoby made his UFC debut.

Jacoby kicked off the card ahead of names such as Ramsey Nijem, George Roop and Mirko Cro Cop and fell to Clifford Starks by way of unanimous decision. Jacoby was back for UFC on FOX the following January and was submitted in the third round by Chris Camozzi. After notching two straight losses, Jacoby was cut loose from the UFC.