By the Numbers: UFC Fight Night 164 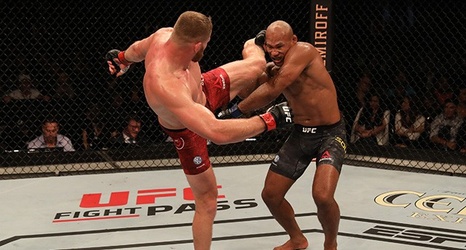 Sign up for ESPN+ right here, and you can then stream UFC on ESPN+ live on your computer, phone, tablet or streaming device via the ESPN app.

It wasn’t the most memorable performance, but Jan Blachowicz vanquished yet another converted middleweight on Saturday night.

The Polish light heavyweight edged former Strikeforce 185-pound champion Ronaldo Souza in the UFC Fight Night 164 headliner in Sao Paulo, Brazil, winning via split-decision in a fight that was short on action. Nonetheless, Blachowicz, who was coming off a knockout of ex-UFC middleweight king Luke Rockhold, has won six of his last seven Octagon appearances.