By The Numbers: Julianna Pena vs. Amanda Nunes 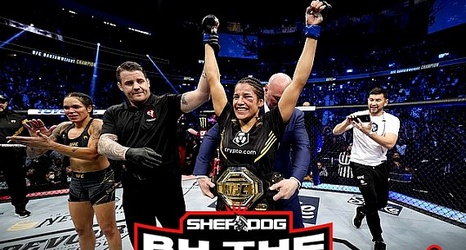 Their first encounter resulted in one of the biggest upsets in Ultimate Fighting Championship history. No one knows what to expect from the sequel.

Julianna Pena will defend the undisputed women’s bantamweight crown against Amanda Nunes when their rematch headlines UFC 277 on Saturday at the American Airlines Center in Dallas. Pena stunned the mixed martial arts world in December, when she submitted the “Lioness” with a second-round rear-naked choke at UFC 269 and handed the Brazilian her first loss in more than seven years. She overwhelmed and ultimately wore down Nunes with volume punching—Pena piled up a 76-49 advantage in significant strikes—before closing the deal in decisive fashion.