By The Numbers: Charles Oliveira 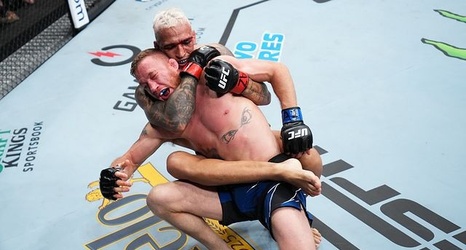 Charles Oliveira has put himself on the shortlist of greatest lightweights of all-time.

The reigning Ultimate Fighting Championship titleholder finds himself in the midst of a career-defining tear that has seen him rise from failed prospect to divisional kingpin. Oliveira has rattled off 11 straight wins, the past four of them coming at the expense of top-shelf peers. He last appeared at UFC 274, where he dispatched onetime World Series of Fighting champion Justin Gaethje with a rear-naked choke in the first round of their May 7 encounter and strengthened his hold on the 155-pound throne.