Brock Lesnar Shuts Down Notion of Another UFC Comeback: ‘That Door is Closed’ 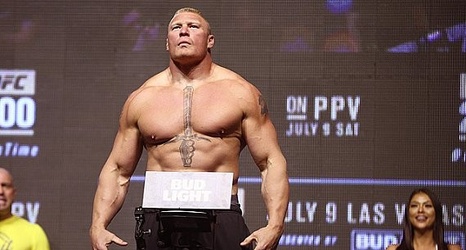 Just in case you thought Lesnar might be interested in dipping his toes in Ultimate Fighting Championship waters one more time, the former heavyweight champion shut that notion down in a recent interview with the New York Post.

“That door is closed,” Lesnar said. “You know what, Dana White, the Fertitta brothers [Lorenzo and Frank] were exceptional to me.”

Lesnar appeared at Madison Square Garden for a live WWE event this past Saturday. Next month, he is slated to defend his WWE belt in a title unification bout against Roman Reigns at Wrestlemania 38 on April 3 at AT&T Stadium in Arlington, Texas.