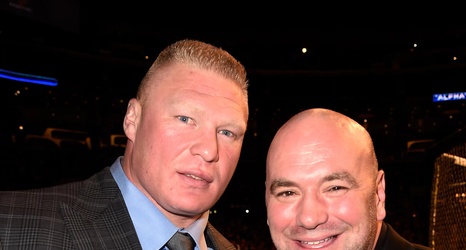 Brock Lesnar has been at the top of the sports entertainment mountain for many years now. The former NCAA Division I wrestler made his name with the WWE in the early 2000s before making a brief but stellar run in the UFC from 2008 to 2011, and a one-off return in 2016.

Given that experience, you can expect him to say a lot about his big bosses, WWE Chairman and CEO Vince McMahon and UFC president Dana White. And he did just that during his most recent appearance on the Pat McAfee Show.