Brock Lesnar close to finalizing deal to fight at UFC 200 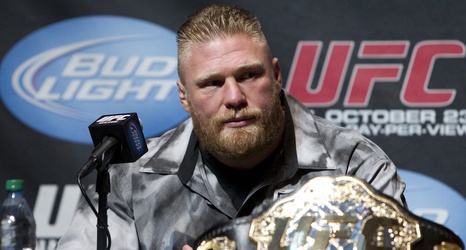 The UFC is in serious talks with former heavyweight champion Brock Lesnar to have him fight at UFC 200 on July 9 in Las Vegas, multiple sources confirmed with MMA Fighting.

Both sides are close to finalizing a deal, and if all goes well, Lesnar's return to mixed martial arts could be announced imminently.

While talks are progressing well between Lesnar and the UFC, an opponent for Lesnar isn't close to being finalized. It is unclear at this time who is under consideration.

The 38-year-old Lesnar hasn't competed in MMA since his Dec.