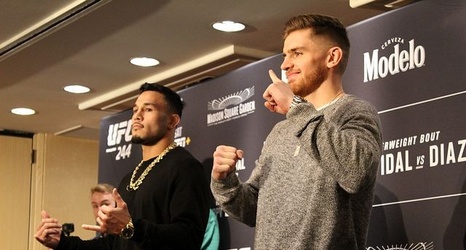 A middleweight clash pitting Brendan Allen against Brad Tavares is on tap for an Ultimate Fighting Championship event on Dec. 4.

Allen initially announced the bout on social media. The card is likely to take place at the UFC Apex in Las Vegas but does not have a main event at this time. Other reported matchups for the card include Jimmy Crute vs. Jamahal Hill and Brad Riddell vs. Rafael Fiziev.

A former Legacy Fighting Alliance champion, Allen has been victorious in five of his first six promotional appearances, with his lone defeat coming at the hands of Sean Strickland.