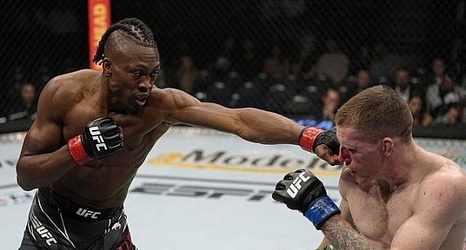 Brad Riddell will lock horns with Jalin Turner in a lightweight bout at UFC 276.

Turner’s management, Iridium Sports Agency, announced the pairing on social media. UFC 276 takes place at the T-Mobile Arena in Las Vegas and is headlined by a middleweight championship clash between Israel Adesanya and Jared Cannonier.

Riddell had a seven-bout winning streak snapped in his most recent Octagon appearance, when he suffered a knockout loss to Rafael Fiziev at UFC on ESPN 31 this past December. The City Kickboxing export kicked off his promotional tenure with successive triumphs against Jamie Mullarkey, Magomed Mustafaev, Alex da Silva Coelho and Drew Dober.