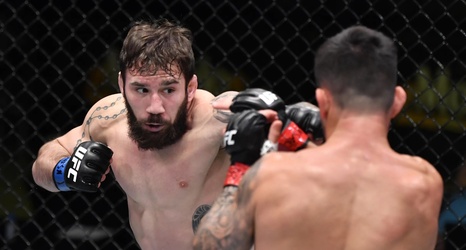 Bare Knuckle Fighting Championships have picked up another former UFC fighter for their roster. MMA Junkie reports that Jimmie Rivera has signed with the bare-knuckle boxing outfit and it scheduled to debut for the promotion on May 6.

Rivera’s debut fight is slated for BKFC 25 in Orlando, FL. His opponent is yet to be announced.

Ex-UFC fighters are becoming more commonplace in BKFC. Among the most notable who have made the switch are Chad Mendes, Paige VanZant, Mike Perry, Thiago Alves, Rachael Ostovitch and Hector Lombard.

After a failed attempt to get into The Ultimate Fighter house in 2011, Rivera debuted in the UFC in 2015.